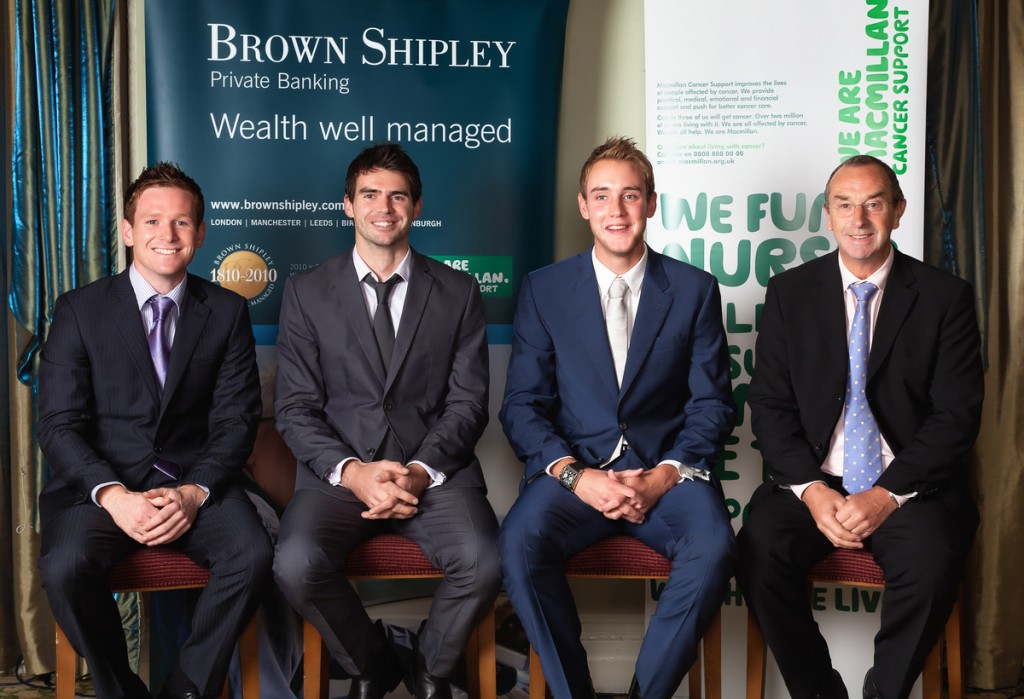 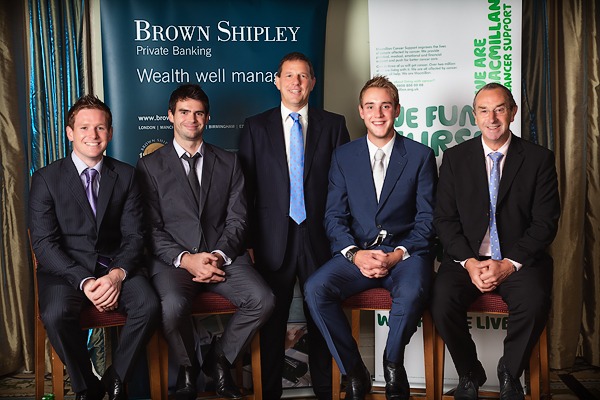 On Thursday 14 October, private banking firm Brown Shipley celebrated its bicentenary by holding a pre-Ashes charity dinner and auction with some of the biggest names in English cricket and I was honoured to be asked to take the portrait above.

The event, held at Manchester’s Midland Hotel, raised more than £2,000 and was one of several Brown Shipley have held this year in support of Macmillan Cancer Support, so far raising a staggering £75,000 to help the charity reach more people affected by cancer.

England players Jimmy Anderson, Stuart Broad and Eoin Morgan attended, along with MC for the night David Lloyd, the popular pundit and former coach. All four cricket stars were on hand to answer questions about their forthcoming highly anticipated Ashes series.

Lancashire and England bowler Jimmy Anderson said: “I am delighted that all proceeds from this event will find their way to Macmillan, such a richly deserving cause. I also have other events supporting Macmillan planned on the back of England’s Ashes tour. After all, it is likely most of us will be affected either directly or indirectly by cancer some time in our lives.”

Brown Shipley’s Managing Director, Ian Sackfield, added: “We are really pleased with our association with Macmillan. In this our bicentenary year, everyone at Brown Shipley is working hard to make this year special for Macmillan – a fitting legacy for 2010 and beyond.”

A champagne reception greeted the 100 or so guests at the event, who included Brown Shipley employees, select clients, and two key figures from Macmillan, Ann Paul, Head of High Level Giving and Claire Gage, Donor Recognition & Stewardship Coordinator. The cricketing celebrities swapped tables during the dinner, giving all the guests the chance for a brush with sporting stardom. The auction – which had guests bidding for prizes including an exclusive holiday to Cyprus – drew a memorable evening to a close.

If you’re living with cancer, the good days really matter. Macmillan is there to help you have more good days. For answers, support or just a chat, visit http://www.macmillan.org.uk or call Macmillan on 0808 808 00 00 – no matter what your question.

Other fundraising events Brown Shipley have thrown themselves into this year in aid of Macmillan include Fashion Kicks, held at Lancashire County Cricket Club in April. It featured players from Manchester City FC’s first-team strutting the catwalk alongside professional models in a stunning fashion show organized by top retailer Selfridges.

The Midand Hotel is conveniently located in the heart of Manchester city centre. The Grade 2  listed building offers comfort and style, as well as a prestigious 100 year history. If you are interested in staying the night or holding a corporate event there, call 0161 236 3333 or visit http://www.qhotels.co.uk/hotels/the-midland-manchester.aspx 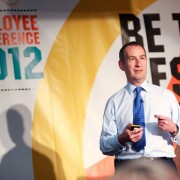 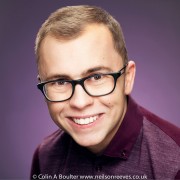 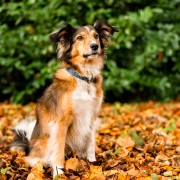 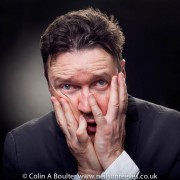