A gallery of corporate headshot, business portraits and partner group shots, featuring entrepreneurs Damian Hanson and David Hague, taken inside and outside The Sharp Project Manchester

A small gallery of creative public relations corporate portraits featuring Adrian Bleasdale, with Space Studios formally The Space Project behind him. The photography was commissioned for press and pr purposes as part of the launch announcements of the new Space Project to Space Studios rebranding. 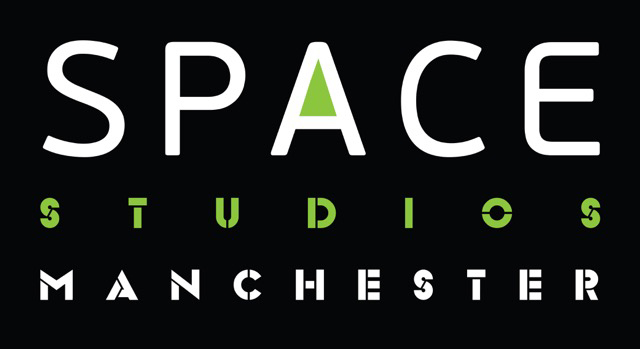 Today The Space Project rebrands as Space Studios Manchester, marking a new chapter in high end TV, Film and Commercial production in Manchester.
The new £14 million expansion including a 6th stage measuring 30,000 sq. ft. will be fully operational before the end of the year, and completes The Space Projects first growth phase.

Space Studios Manchester has evolved into one of the most sought after purpose built studios, with repeat business from every major UK broadcaster, international clients and some of the best directors and producers across the globe. The Manchester city centre complex has built it’s reputation on excellence creating a 360 degree infrastructure, delivering a comprehensive supply chain, with a commitment to developing the screen content production sector in the North West.

“We will continue to innovate and build on the quality of service we provide to our returning client base, whilst focusing on extending this to new national and international companies.”

Space Studios Manchester is a driving force of the studio boom in the UK and further establishes Manchester as a worldwide production centre. With the biggest UK creative and tech centre outside of the capital the region has an enviable track record in the delivery of high-end drama production in the UK. This genre has seen huge growth over the last 5 years with 1 in 4 dramas shot outside London shooting in Manchester, including the BBC’s award winning ‘The A Word’ and ITV’s hit drama ‘Cold Feet’ from Space Studios Manchester.

production. Since opening in 2014 demand has meant a large-scale site expansion, including a new 30,000 sq. ft. production stage to open this year.

For more information to go www.spacestudiosmanchester.co.uk