Adam graduated in 2009 from The Arden School Of Theatre. Since then he has gone on to co-create a number of award winning short films, plays and sketch shows with his Manchester based company, Blackhand Productions.

Theatre credits include Claudio in Much Ado About Nothing, Cassio in Othello (Demi-Paradise Productions/Lancaster Castle), Macduff in Macbeth (Courtyard Theatre, London) and Ross in Macbeth (Oldham Coliseum). 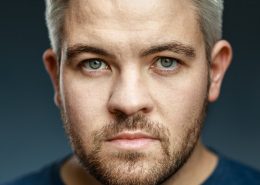