Paul started acting at the age of 15 having been cast as Fat Sam in Bugsy Malone at Lathom High. In 2008 Paul graduated with a Degree in Theatre and Performance from UCLAN. Over the next five years Paul gained many professional credits from main roles in two feature films and a UK Tour of Beauty and the Beast. After a stint away from acting to raise his family he decided to get back into acting via attending Drama School.
In March 2019 Paul graduated from ALRA (Academy of Live and Recorded Arts) with a Masters in Professional Acting, shortly after he successfully signed with his current agent Becky Barrett Management. To date Paul has gained 13 professional credits across stage, screen and radio, is stage combat trained and has just become the Creative Director of Ignite Youth Film Academy. 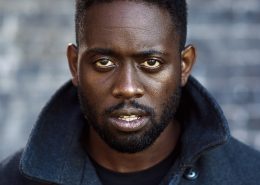